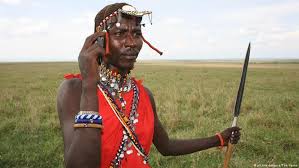 When I was in Tanzania fifteen years ago, Nicki and I saw Masaai tribesmen herding cattle, standing on one leg speaking into cell phones. And…I grinned.  I knew that humanity was going to be just fine.

For the first 250,000 years of our history, we could lie about our neighbors with impunity. They ate babies. They weren’t human.  They didn’t have the same basic values. They needed to be exterminated or dominated for their own good.

Then just 200 years ago we got the telegraph: instant communication beyond line-of-sight.   Then the telephone. And radio. And television.  While some still had gatekeepers, people who could lie to promote agendas, humanity was getting control of the process. Then the non-linear potential of the Internet and World Wide Web.

And everything has changed. No, it won’t happen in a single human life.  But its happening. Humanity is going to be just fine.

And you are invited to be a part of the process.

We have a new opportunity. An opportunity to go beyond the mythologies our ancestors used to survive chaos.  Myths about nations, races, genders.    If we can forgive them for not having the perspectives and resources we now have, for being driven more by fear than love, we can move into an era undreamed.

But if you still need to believe one gender, one race, one way of loving other adults or naming God is superior to another, you probably won’t see this, and this message isn’t for you.  I wish you luck, but do yourself a favor and unfriend me now.

A lawyer once told me that lawyers take facts and organize them into narratives, creating emotional meaning in the minds and hearts of the jury.  If they believe your story, you win.

Every political campaign seeks to take the same basic facts and organize them into a narrative that supports electing their candidate, agreeing with their world view.  Sometimes, in the extremes, this involves demonizing entire groups or classes of experts or witnesses.   I suspect any reader of this can think of such instances easily.

Any family therapist knows that every member of the family sees events differently.  Creating a joint narrative, winding the different perspectives into a single strand that can stand strong enough to be a FAMILY is critical.

Here’s an article on “Narrative Therapy” that touches on this:

This applies to nations as well as individual psyches.   Healthy people, people who tend to succeed in life, will remember THE EXACT SAME SET OF EVENTS as supporting a positive view of themselves, and are empowered by thinking about them.   People who do NOT get their goals (and the primary goal is always to avoid pain and gain pleasure) tend to do the opposite: their pasts are often seen as disasters.

Human beings created stories. But in another way, stories create us right back.  LIFEWRITING simply takes direct control of this process.

It impacts fiction because all stories are about either human beings or the world they live in.  There is simply nothing else to write about.  Therefore a writer is ALWAYS saying “this is what I think people are.” or “This is what reality is.”   Science fiction and fantasy exaggerate this stuff, puts it in alien garb  in such a way that it is often able to discuss issues that cannot be addressed directly.  One of the reasons I love it.

Theodore Sturgeon’s “The World well Lost” was arguably the first sympathetic treatment of homosexuality in SF, a story of aliens dubbed “The Loverbirds”, adored by humanity until we realized they were the same sex.   According to “Chip” Delaney even this abstracted form was too much for many editors, and the original editor called his industry friends and encouraged them not to purchase it.

It impacts our personal lives.  I remembered being beaten and bullied when I was a kid, even in martial arts classes, it seemed that the other guys just wanted to hurt me.

Then one day I got frustrated with the fact that six-year-old son just wanted to beat me up all the time.  I finally asked him why he did it, and he giggled and said: “That’s how boys play.”

And…it hit me.  I thought back over my life and realized that indeed, much of what I’d interpreted as bullying had just been the social equivalent of wrestling matches.    Competitions in the sense of “grow stronger together.”   I had no father in the home, no brothers or uncles to teach me this stuff.  So…it wasn’t that SOME of such behavior was simply ugly domination, or that the teachers shouldn’t have kept a closer eye…but much of it was actually: “hey!  You’re here to be stronger. I’m here to be stronger. Let’s push against each other and get stronger. Let’s play!”

It was, in an odd way, a complement.  That realization made me reinterpret about 80% of those memories. An entirely new narrative emerged.  Those four words “That’s how boys play” changed my life.  Damn.  I hadn’t been weak at all.  Actually, I had been strong, and fast, and the champions were asking me to help them become stronger…and I’d never realized it.  We could have grown stronger together.

Storytelling  impacts our ability to communicate with our families and friends and potential mates.  I fell in love with Tananarive NOT when I saw that she was fit and agile (although her body told a STORY, that her values were in alignment with my own, since most of our physicality is the result of actions we take on a daily basis, and those are driven by our values, emotions and beliefs…the STORIES we tell ourselves) or even when I saw she was a wonderful writer–that just made me want to adopt her as a little sister.

It was when I heard her tell the STORY about how she got Stephen King to give her a cover blurb for “My Soul To Keep.”  I was stunned at how carefully she had designed a strategy to approach him, used a half-dozen different factors to position herself to get that blurb.   “Luck” had been involved, but far far more it was work, perception, tactics, courage, self-confidence, and capacity gained by focus since the age of five.

It boggled me, and at that moment, the moment I heard her STORY, I realized I was looking at someone walking the same life-path I was walking, at the same speed, capable of pulling a similar load. We were two of a kind.   Our STORIES dovetailed.

STORY did that, not individual facts, but the connection of those facts into a narrative.

You do this, every day, hundreds of times.    Lifewriters are just doing this consciously. The potential is astounding.

Look at any arena in which you have powerful positive results.  Ask yourself what your narrative is in that arena.

Then look at an arena in which you have  NEGATIVE results, in which you are not happy or healthy.   My guess is that for most of you, the three arenas of body, career, and relationship will yield examples of both.

Now…close your eyes and ask yourself what would happen if you swapped narratives. IF IT WAS TRUE that your results in life were due not only to your circumstances, but the STORY you tell yourself.

What would have happened?

You have absorbed MILLIONS of stories over the course of your life, and they tell a common story:

“You will have problems that frighten you, but you will have to try to deal with them. They will require work and focus over time, and you will fall down many, many times.  You will need to learn new skills, gain new mentors and alliances, and shatter your old self image again and again.   And at some point in every journey it will feel like death, like all is lost.    But  remember every story ever told by every hero you’ve ever admired, and you will see  this point of despair…and what gets  them through it is faith that there is more potential and capacity than they have ever known. They  will push forward and succeed. Then they must be compassionate and sensible in victory, teach others the path you have found and prepare for your next struggle.  This is life. Understand this before you begin, and find a way to love the process.”

If you believe that people can only succeed by selling out, by hurting other people, by destroying themselves…you will either sell out, hurt people, destroy yourself…OR FAIL. You will have no other choice.

Ultimately, we don’t know what reality is.  But there is far less “downside” to choosing happiness, believing in our potential, being joyful in pursuit of worthy goals. Worse case scenario is that you spent your life being happy.  I can live with that, can’t you?

Lifewriting’s goal is ONE MILLION awake, aware adult human beings.   You need only take control of your story and you are on that path.   On a path of balance even purely selfish motives lead to loss of fear, which expands love, which expands the sense of self, and changes the world for the better.  Pretty cool, huh?

People who understand that path all the world’s elders have spoken of since the beginning of language.     Until the last two centuries, we simply didn’t have the capacity to hear what they were saying.    Be one of the first in all history to hear that message clearly, and take action on it!

(Lifewriting Premium is our path for storytellers.   Remember: you will either author your own story…or be a secondary character is someone else’s.  Won’t you join us?)

Consultants, Coaches and Hypnotists: Get your free copy of a talk that can change your life

is the myth, fiction, art, and science, the cinema and music and dance of the children of the African Diaspora. OCTAVIA BUTLER may have been the greatest literary genius of this movement, Ryan Coogler's upcoming BLACK PANTHER film may be the greatest expression of this in history. He who controls the narrative controls the experience of life.
Join novelist and cultural commentators TANANARIVE DUE and STEVEN BARNES for an amazing, enlightening, totally FREE webinar.

is an exploration of the connection between cultural myth and personal consciousness. The perfect path of career and personal success for writers. Get over a hundred dollars in free gifts for $1 when you try the LIFEWRITING PREMIUM program.